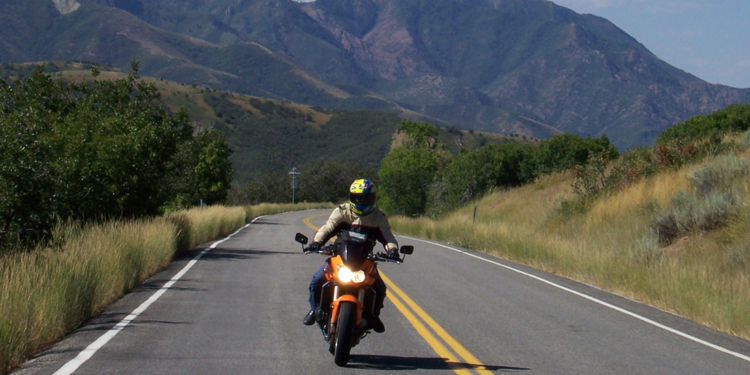 We’ve never tried to hide the fact that we believe the Continental Road Attacks to be the best road tire on the market today, so when Conti released the Sport Attack in the spring of 2006 we were anxious to get our hands on a set. We must not have been the only ones amped to give them a run, it took us several months before we ours arrived.

We threw the tires onto the Z1000 straight away and put the first miles on the tires while circling Miller Motorsports Park. Initial impressions were immediately positive. The Sports have the same profile that we’ve grown to just love on the Road Attacks. The tires will tip in, initially, rather quickly, but then become progressively more stable, and turn slower, the more the bike leans. Of all the tires we sample, we think this is the most user-friendly tire profile, once you get accustomed to the light steering exhibited during straight-line riding that can feel “twitchy” if you are not expecting it.

As the track day wore on, our lap times became progressively faster. The Z1000 is in no way the ideal track bike with its lanky tube bars and moderately upright seating position, but we still gave it our best try running out of cornering clearance long before we ran out of grip. Conti claims the tire will adhere to dry pavement up to 50.8 degrees of lean. We don’t know if we got over that far, but we were very happy that there was always a little bit more unused rubber on the far edges of the tire, even after the most spirited sessions.

The tire handled delightfully, always providing for exceptional feedback and quick warm up times. One trait that we really liked about the Sport Attack on the track was the tires consistency and predictability during trail-braking! We found ourselves trailing in deeper into corners without any hesitation.

Just like the Contienental Road Attack, the Sport Attack needs to be run at higher psi numbers than much of the competition. Forget about running 18psi in the rear tire of these things – even dropping pressure down into the low 30’s can result in overheating the tire, which will result in a greasy, slimy tire with little predictability. We would expect this to be one of the biggest problems with the tire, users who will run too low of pressure will not be happy with their Sport Attacks – and peer pressure and current tire understanding tends to think less pressure equates to more grip. Keep your pressures up!

But enough of the track, this tire was developed for the “spirited” street rider who does the occasional track day. So off to the street duty we went. We think this is where the tire shines! We’ve found the Dunlop Qualifier to be a better DOT sport tire, but the Dunlop didn’t behave as well on the nitty gritty real-world roads and canyons around our domicile, and they certainly didn’t last as long either.

The Sport continues to warm up molto velocemente allowing us to tip in with confidence by the first corner. They also handled seams, joints and other tarmac variations infinitely better than the Pilot Powers that we’ve always felt were overly reactive on asphalt variances.

Continental says that mileage was not one of their major concerns when developing this tire, but in the real world, a sport tire that lasts is what everyone is after. And while your mileage may vary, our Sport Attacks wore better than we could have ever imagined. Aside from the smattering of track days, these tires carried us to north to Yellowstone and south through the greatest twisties southern Utah has to offer; twice – and still had tread left over!

For reference, we shag out a set of Pilot Powers about every 1800-2000 miles. The Continental Sport Attack still had a little bit of life left in them when we removed them at just under 3000 miles and we’d expect ours to have lasted close to 3500 miles with ease. But of course; your mileage may vary.

We’ve never had much problems with grip using the Continental Road Attacks, even on track days – but we could overwhelm them on closed courses when we got too excited about forward velocity.

The Sport Attacks really are the ideal tire for the fast street rider who spends the majority of their time in the canyons with a few track days thrown in for good measure. They handle in the real world of riding better than many of the full-sport tires we’ve tried, but sacrifice only a morsel of all-out grip, and even then only at the highest levels of riding where you’d be going way too fast for the street and fast enough on the track to consider a dedicated “race” tire.

Into Africa by Sam Manicom